Home / This Week in Houston Food Events: A New Brunch and Iron Sommelier 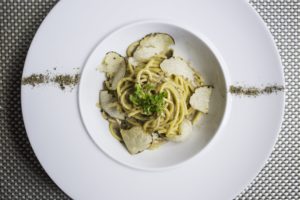 Here’s a look at this week’s hottest culinary happenings:

A Night of Caviar at Potente

DR Delicacy and Potente, 1515 Texas, will present La Nuit du Caviar (A Night of Caviar) from 6:30 to 9:30 p.m. The evening will highlight domestic and imported caviars and fresh autumn truffles from France and Italy, as chef Danny Trace serves up a menu paired with champagne and vodka provided by Belvedere, Dom Pérignon and Moët. Tickets are $200 per person and proceeds will go to benefit The Astros Foundation and The Astros Harvey Relief Fund. The Astros were about to play Game 6 of their American League Championship Series against the Yankees when I paid my first visit to Potente. The luxury Italian restaurant, a stately pleasure dome decreed by Astros owner Jim Crane, sits right across the street from Minute Maid Park, and the place was packed.

That’s the essence of the tension that defines this ambitious young downtown spot: It’s both a clubhouse for the wealthy Crane, along with his well-paid players and friends, and a pre- and-post-game watering hole for fans, where cats can eat kinda like kings.

Or like baseball great Reggie Jackson, who was dining in the gleaming, black-glass private wine room on that particular evening. It’s the kind of setting where the high-flying, swanlike necks of glass wine decanters fit right in. Not to mention the absurd flecks of gold leaf that bedizen a carpaccio here, a cocktail there.

No stars: restaurant cannot be recommended.

I expected a lively pageant that first game night, and I got it. What I did not necessarily expect was to encounter food as good as I was served – particularly the scintillating house-made pasta dishes that will bring me back.

I had qualms about Potente from the beginning. Even the name – the Italian word for powerful (and cognate of potentate) – made me nervous. I wondered if it would turn out to be just another pricey vanity project. My misgivings grew when Crane and chef Bryan Caswell got crosswise with each other during the planning phase. (Caswell went on to another downtown project, the recently opened Oxbow 7 in Le Méridien Houston hotel.) Crane brought in his own personal chef from a Florida country club he owns, which struck me as just about the worst idea ever.

Trace’s mom is Italian, so the hire wasn’t entirely out of left field; and he has brought a certain Gulf Coast sensibility and know-how to a menu popping with robust flavors and delicate textures.

I loved the Italian-by-way-of-Louisiana thrills of sweet-potato agnolotti spangled with lumps of crabmeat and glossed with bright limoncello butter sauce. I swiped up every rich, startling spatter of powdered brown butter on the plate, too.

Cacio e pepe-style spaghetti with shaved black truffle was a lush, head-spinning, forest-funked dream, the strands of pasta cooked meticulously al dente. Yes, it’s 35 bucks. And yes, it can be split between two diners. I fell under the spell of the pure, autumnal fettuccine tossed with fava beans, butternut squash and hunks of a green squash from Louisiana’s famed Covey Rise Farms, one of Trace’s favorite suppliers. All light innocence at the top, the fettuccine gave way to a jumpy dice of pancetta and pecorino toward the bottom. Masterful stuff.

Ravioli hid large, soft shreds of Creole-roasted pheasant and rabbit, a stuffing so wonderful that even a shiny brown sauce with too much acid couldn’t subvert it much. For those inclined to put on the dog – an attitude that is encouraged here in everything from the prices, to the pointedly luxurious ingredients, to the phalanx of old-school, formally clad servers – one can summon up one’s own half lobster in a modernized Thermidor style, judiciously baked, lightly sauced, sided with squid-ink fettuccine and zapped with “Devil’s Kiss” chile pepper. It’s an indulgence at $39 but a good one.

The rest of Potente’s menu is not as uniformly strong as the pastas, but there are plenty of high points. Softly braised veal cheeks in Amarone with woodsy porcini mushroom risotto is one; fire-roasted sea bass with lump crab and citrus, surprisingly, is another, thanks to precise cooking and the surprise layering of coppa ham and pleasantly bitter greens. This may not be the kind of rigorously simple cooking one associates with fine Italian cuisine, but it’s engaging and Houston-appropriate.

So is Hill Country quail stuffed with fig and prosciutto, then given a lacquered sheen of Marsala wine and espresso. Or the inevitable bistecca and strip-steak cuts one must serve in an athlete-friendly hangout. (To see where Crane and his players dine, ask to peek into the enclosed “terrace” adjoining the dining room.)

I admired the crisp film of skin scudding across a branzino filet, with its blessedly simple accompaniments of roasted cherry tomatoes and cannellini beans, lit up by roasted garlic and olives. Alas, though, a $39 seafood stew of bass, crab meat, clams and shrimp was thwarted by an overly salty shellfish saffron broth. Like the ravioli sauce, the broth just needed a rethink.

Among the starters, the standout is an immaculate crudo of raw tuna with filaments of shaved, frozen foie gras, rich and seductive against the elemental fish. Caperberries and preserved lemon are the accessories that give the dish a little kick. Floyd happily admits the crudo is an homage to Eric Ripert’s celebrated pounded tuna carpaccio at Le Bernardin. It’s a fine one.

I was less taken with a too-sodden salad of shaved celery with fennel; and with fire-charred octopus that was a shade too dry the night I sampled it. Far better to gorge instead on the lovely white-bean purée served gratis with spongy house-made bread. Beautifully caramelized roasted garlic cloves and flash-fried baby artichokes make the spread even better.

Despite the predictable presence of prestige wines on the list, the prices are fairly reasonable, a Floyd hallmark. There are good selections by the glass, fastidiously served in excellent glassware. There is lots and lots of doting service by a veteran staff who have put in time at places such as Tony’s, Da Marco and Reef. There’s even a notably graceful apple tart for a suitable autumn dessert.

When the restaurant is not packed with baseball fans (which is most of the time), it’s relaxing and handsome in a somber, corporate way. Dark tones and huge glinting chandeliers like spiky carousels set the mood, and exceptionally comfortable high-backed, upholstered armchairs extend their own welcome.

Settle in and work up a considerable tab, if that’s your thing. Or duck into the bar for a glass of wine and one of those excellent pastas. Either way, Potente has defied my expectations by coming tantalizingly close to a three-star experience.