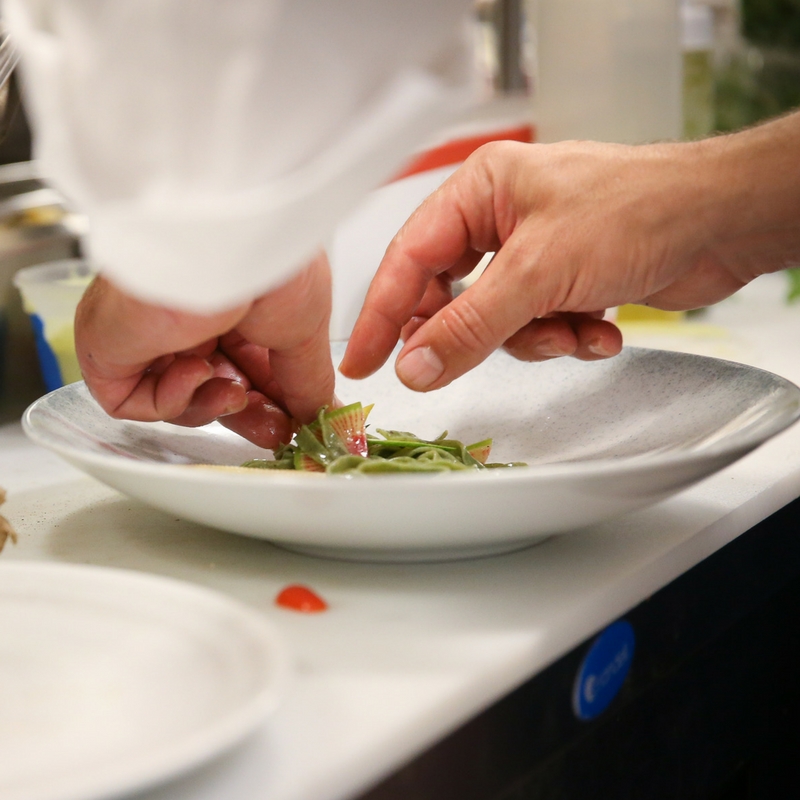 What a year it’s been for Houston restaurants. The wave of post-Harvey closings has been sad, but, by any measure, it’s been an incredible time to be an eater in Houston.

I recognize that the assault charges pending against Qui make choosing to include Aqui controversial, especially in light of the current climate of sexual harassment allegations against many public figures. The allegations are disturbing, and, if convicted, the chef deserves to suffer what consequences the law dictates.

However, I consider it my job to inform CultureMap readers about new restaurants and offer an opinion about them as places to dine. I have friends who will never set foot in Aqui, and I respect their decision.

That aside, from the perspective of the culinary talent involved in this year’s group of openings, 2017 has been Houston’s best year for new restaurants since 2012, which is when Underbelly, Oxheart, The Pass & Provisions, Uchi, Roost, and Triniti all made a splash (I know Roost and Triniti debuted in December 2011, don’t @ me).

What makes this year even more intriguing than 2012 is that the trend of out of town restaurant groups seeking opportunity has only become more pronounced. Yauatcha, Roka Akor, Chengdu Taste, 85°C Bakery Cafe, Doris Metropolitan, Ramen Tatsu-ya, and Tacodeli have all made positive contributions to Houston’s dining scene.

While all of these developments would have been enough to cement this year’s status as a very good for one dining, it still doesn’t include chefs like Travis Lenig (Field & Tides), Manuel Pucha (Maison Pucha Bistro), and Jason Vaughan (Nancy’s Hustle) who are finally getting the chance to step out on their own. This year also featured well-executed new concepts from established restaurant groups like Cherry Pie Hospitality (Star Fish), Pappas Restaurants (Delta Blues Smokehouse), and Goode Company (Kitchen & Cantina). In addition, places like The Branch, Better Luck Tomorrow, Presidio, and Heights Bier Garten are redefining the boundary between bars and restaurants.

With so many choices to consider, ranking the year’s best new restaurants comes down to a mix of a professional assessment of a restaurant’s overall quality — has it raised the game for other restaurants? Is it innovative? Is it consistent? — with some personal opinions about desirability — i.e., how quickly do I want to eat there again? What feedback am I hearing from friends about their experiences?

Keeping this list to 14 made for some difficult choices. While I’ve really enjoyed burgers and tots at FM Kitchen & Bar, it doesn’t seem quite special enough to make this list. Newly-opened establishments like Emmaline and Doris Metropolitan might have earned a spot if I’d had more time to evaluate them. Restaurants like Kiran’s and Kitchen 713 that moved to new spaces and elevated what they do probably deserve consideration, but I chose to select places that opened their doors for the first time in 2017.

Although I recognize that poke is this year’s hottest trend, most of the restaurants seem too similar to elevate one over the others. My apologies to those who have strong feelings about the merits of SeaSide Poke versus Pokeology versus Pokeworks.

With that in mind, here’s my list of this year’s best new restaurants. Feel free to head to the comments, Facebook, or reddit to call me an idiot.

Trace brought the same respect for local ingredients he demonstrated at Brennan’s to Potente, and he also showed a flair for Italian cooking that he never got to demonstrate at the Midtown institution. From tuna crudo with shaved foie gras to housemade spaghetti with black truffle, Potente’s cuisine consistently exceeds expectations. The talented front of house staff lends a sense of occasion to any meal, which is so important at Potente’s fine dining price point. Besides, you never know when Crane will drop by to show off the World Series trophy.
1515 Texas Ave.