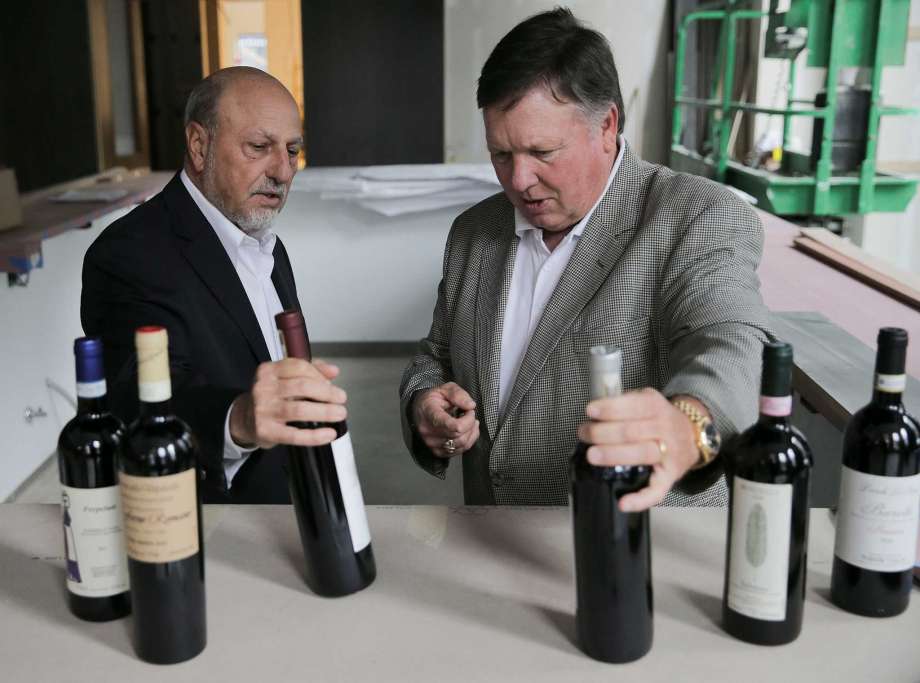 Every January, the New Year rings in with the promise of fun new happenings in Houston’s vibrant wine world, and 2017 will be no exception, the price of oil be hanged.

While we wait for word from master sommelier David Keck regarding his next posting and also what longtime Brasserie 19 general manager/wine guy Shawn Virene has up his sleeve, I’m weighing in on a few things I’m certain are going down. Fact is, some of them already have.

Oenophiles know by now that master sommelier Jack Mason has made a triumphant return to Pappas Bros. Steakhouse, and that former Keck sidekick Lindsay Thomas has joined him there, giving the two Pappas locations a true dream team of somms. And the Divino duo, chef/owner Patrick McCray and wine maven Thomas Moësse, are going gangbusters with their new Rice Village-area cave Vinology, which offers sipping, snacking and bottle browsing – featuring some 300 selections – with, of course, the take-away option.

And the transition from Keck, the spiritual force behind Camerata wine bar on Westheimer, to new general manager/wine director Chris Poldoian has been seamless. Although Poldoian is “only” a “Level Two” sommelier and came from the Houston’s mainstream wine program, he’s ready to flap his wings, expand his horizons and keep pushing the same envelope that Keck routinely did to make Camerata a special destination for wine lovers seeking quirky, sometimes downright geeky offerings from boutique producers and off-the-beaten-path vineyards. Canary Islands, anyone?

Houston couldn’t be more fortunate to have a Camerata and Midtown’s 13 Celsius – plus, now, Vinology – offering the kinds of innovative programs that put our city in a wine-hipness league with anybody.

Talk to the well-traveled, Tufts-educated Poldoian about his plans and you may imagine a kid in the candy store. But one plan he doesn’t have for the near term is to pursue advanced sommelier status, never mind trying to seize the master’s brass ring.

“In my situation, I think it’s much more important for me to focus only on Camerata for at least the next year,” Poldoian said. “This is such an exciting opportunity. I was given some latitude to expand what we were doing at Houston’s and that only made me want to take even bigger steps. I’m learning something new every day.”

Camerata ain’t broke, to be sure, so Poldoian isn’t fixing it. The same also could be said of restaurateur Bill Floyd, who will soon be presiding over the long-awaited opening of the two Italian food-and-wine emporiums he’s operating in partnership with Astros owner Jim Crane near Minute Maid Park. Houston wine-industry veteran Rick Jamail, whose specialty is Italian producers, is Floyd’s sommelier.

Potente will be high-end, Osso & Kristalla more casual. But they will share something important in common besides an outdoor patio: A wine list with the same splendiferously low markups we’ve enjoyed at Reef, the Floyd-Bryan Caswell seafood mecca in Midtown. Yes, even white-tablecloth Potente will sell wine at barely more than some high-end supermarkets do. Floyd’s prices will be about 1.8 times his cost and, he insists, “That’s across the board. It won’t be scaled any.”

Which means a $10 wholesale bottle will sell for $18 ballpark (pun intended) at Osso & Kristalla and a $300 single-vineyard Gaja at Potente will cost $480, or thereabouts. Extreme examples, obviously, but that’s the deal. The plan for the former is to have 50 wines at $50 or less and the latter to have 150 wines starting at about $50. But, if you’re noshing off the menu from Osso & Kristalla on the patio and simply must have that Gaja, a server will happily go snare a bottle.

Along these same lines, chef Ryan Hildebrand and his enthusiastic young somm, Rick Stiles, have conspired to significantly lower the tariffs on the eclectic list at Triniti on Shepherd. Examples? A half-bottle of Krug “Grande Cuvée” sells for $72, compared to $99 retail. The 2010 Mayacamas Cabernet Sauvignon for $110 ($85 retail, and I’ve seen on lists around town for $300). The Cos Pithos Rosso, a reference-standard Nero D’Avola from Sicily, for $42 ($25 retail). I’ll also personally vouch for one of Stiles’ go-to wines, the Tselepos “Amalia Brut” Moschofilero, a delicious Greek sparkler that sells for $12 for a glass and $42 for a bottle.

This is the way of the modern world, and in Houston we have the Clark Cooper Concepts team (Ibiza, Brasserie 19, SaltAir and Coppa) to thank in leading the movement, which means Virene, who spent 15 years as part of their team, is certain to follow suit in his next incarnation. Just as Chris Shepherd and his sidekick somm, Matthew Pridgen, did when they opened Underbelly – and will do again with their second spot, One Fifth, opening up the street on Westheimer this month.

All these guys will tell you that, years ago, Charles Clark and Grant Cooper inspired them to go low, which always translates into a New Year’s high for Houston’s wine-lovers.