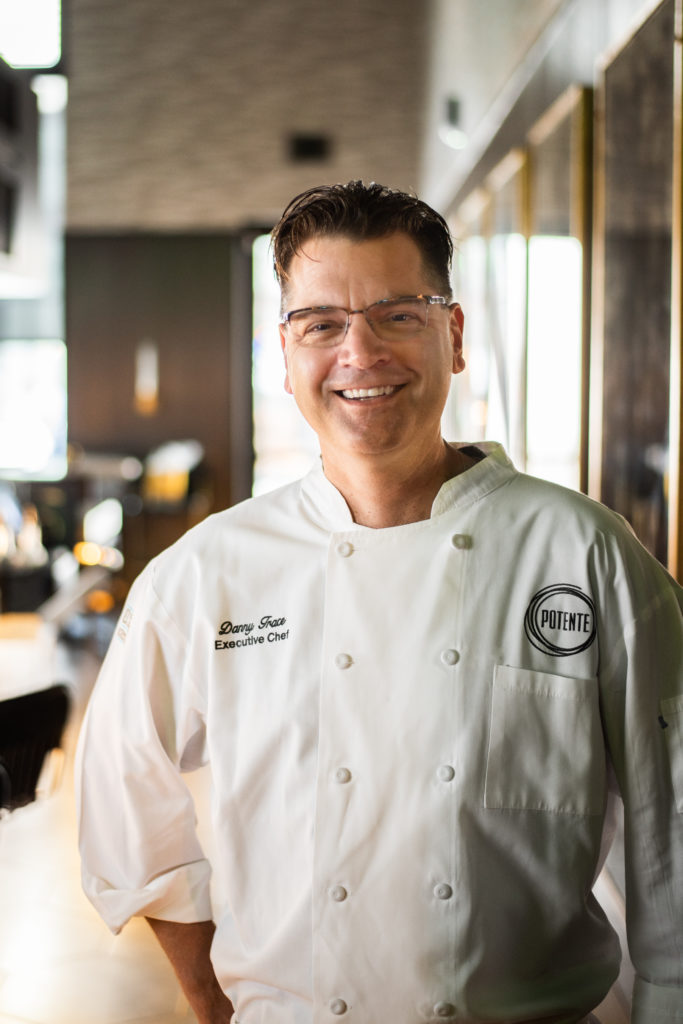 Executive Chef Danny Trace joined Potente and Osso & Kristalla in 2017 with decades of experience, most recently as Executive Chef at Brennan’s of Houston. Chef Trace received his formal education at the culinary arts program at Johnson & Wales University in Rhode Island. Trace then perfected his skills under Chef Jamie Shannon and mentor Ella Brennan in the kitchen of Commander’s Palace in New Orleans. Chef Trace later worked as Executive Chef at Café Adelaide and Commander’s Palace in Destin before coming to Brennan’s of Houston. In 2016 Danny was named the My Table Chef of the Year.

Trace grew up in Louisiana hunting, fishing, crawfishing, crabbing and frogging, where from an early age he learned how to forage from the land from his family.

“The most memorable meals for me are of my grandmother and grandfather in the kitchen. My grandmother’s family was from Milan and Naples, Italy and my grandfather was a Cajun from Thibodaux, Louisiana.” said Trace. “From étouffée to grand bowls of pasta, the marriage of these traditional dishes and family experiences is the very reason I am a chef.”